MO2 was initially started by Tannin, the creator of the original Mod Organizer, to take care of 64-bit games such as Fallout 4. It is now actively maintained by a team of developers, from all backgrounds, and is now able to do much more than Tannin ever envisioned.

Starting out with MO2 can be a bit intimidating. Several things about the tool may be unintuitive. There are some hidden features that affect how you mod your games. It is strongly recommended to do a little bit of research before jumping feet first into modding.

GamerPoets has made a tutorial video series that you can watch by clicking the image below. This goes over most of the features that users will need to know. Note that these videos were created based on v2.1.1 and there may be some differences here and there. 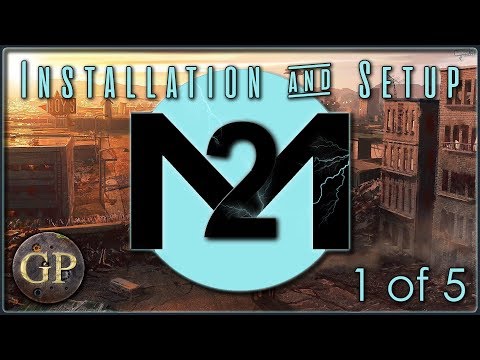 Outdated TV is the author of the TUCOGUIDE (see below) and produces tutorial videos on some of the more in-depth uses of MO2. Clicking the images below will take you to videos on how to use FNIS, Dual Sheath Redux, and xLODGEN with MO2. 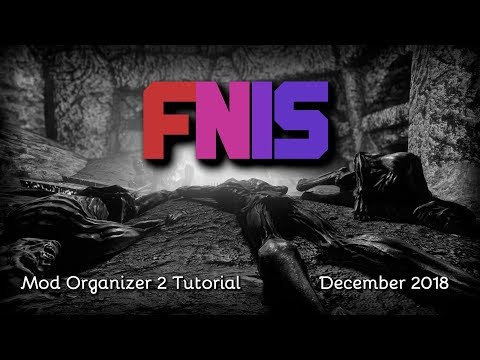 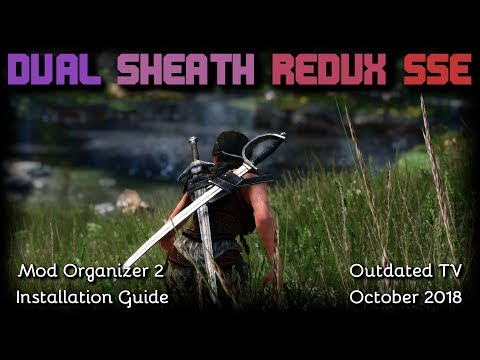 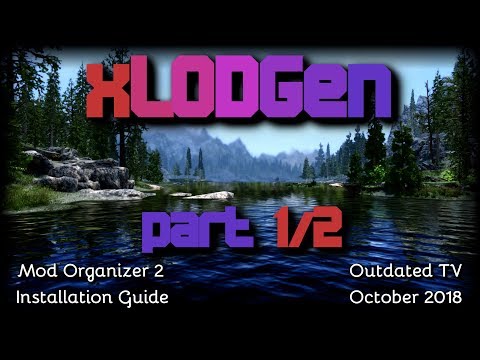 The basic, and not-so-basic, uses of MO2 are covered above with the video tutorials above. That will definitely get you going but might not help much with figuring out the whole picture. What do you name mods? Which mods do you merge and not merge in MO2? Some people also prefer text to video and these guides provide a lot of text!

Lexy’s: Legacy of The Dragonborn Special Edition [Nexus Mods, STEP] is a modding guide by DarkladyLexy for Skyrim SE. It is centered around the very large mod, Legacy of the Dragonborn and features MO2 as a mod manager. It’s a very large guide that walks you through the entire process: installing and configuring MO2, installing mods, merging mods, running DynDOLOD and other tools.

TUCOGUIDE [Nexus Mods] is a modding guide by Outdated TV for Skyrim SE. It focuses on creating a good foundation for future modding by fixing bugs, improving base gameplay, and increasing graphics fidelity. It’s a moderately sized guide that walks you through the entire process: installing and configuring MO2, installing mods, running DynDOLOD and other tools.

The documentation for MO2 is a little sparse at this time. There is a wiki article for Mod Organizer 1.3.11 available on the STEP website. Many of the primary features of MO2 remain the same as MO1 but there can be some differences. MO2 also contains a number of new features that aren’t documented in this wiki article. Given that, the wiki article can be good for general information but use it with care.

Discord is a text and voice chat program. This is the preferred means of contacting someone on the team when you run into problems or have questions about MO2. The Mod Organizer 2 Dev server can be accessed through this invite link: https://discord.gg/vD2ZbfX. Here’s a description of the more common channels:

GitHub is used as our issue tracker. This is used to document and discuss serious issues with MO2 and possible feature requests for the future. While the GitHub issue tracker is open to the public, we ask that you refrain from creating issues unless asked to. You can usually be helped much quicker by jumping on Discord and asking us directly.

MO2 is a free, open-source project and relies on people contributing their free time for bug fixes and improvements. We’re always open to getting some more help with development, documentation, translations, and other such things. The best way to get started is to join us on Discord. Programmers, or anyone interested in building the source code for MO2, should check out the modorganizer-umbrella repo.